With so many engines available, it can be tough to know where to begin when creating a game and what options are available. There are a variety of game engines available for various needs. Various programming languages, platform support, and ready-made solutions are all employed. A lot will depend on personal talents and preferences, as is typically the case. It makes sense to consider something basic to learn if you’re planning to develop a simple 2D platformer or space shooter. It will be tough to get by with only one simple engine when creating a large-scale mobile strategy. If you want to create something new and what will definitely be in trend, then nft game development is for you.

Below we will talk about five engines that cover a different range of tasks and have different types of licenses. Most likely, one of them will be perfect for implementing a prototype, a simple game, or a full-scale project.

Unity is used everywhere and being multiplatform is suitable for a wide range of tasks, although graphically it is somewhat inferior to Unreal. Allows you to work on 2D and 3D games, creating projects for Windows, OS X, Playstation, XBox, Android, Apple iOS and Linux ..

Applications built with Unity support DirectX and OpenGL. The engine is used by both AAA game developers and Indie studios. It has its own Asset store, a strong and active community, and an impressive amount of documentation and video tutorials. The engine supports scripting languages ​​C # and JavaScript. All physics calculations are done using NVIDIA PhysX.

One of the most popular engines today. In connection with the use of C ++, it has a huge range of possibilities, including its own visual programming system – Blueprint. It has a powerful community, a large number of video tutorials, ready-made assets and is often used both in the development of AAA games and small projects.

In version 4.0 there is a powerful AI editor, an editor for creating cut-scenes and support for DirectX 12. Overall, the UE allows you to achieve a really impressive picture. Graphically, this is one of the most powerful engines out there.

With Construct 2, you can efficiently and quickly prototype 2D games without the need for code. It is possible to create games for multiple platforms.

The entry threshold is minimal – the program interface is intuitive, and the logic is created by building a system of events and related actions. In the future, you can add code to the project – games created on the engine are encoded with Javascript.

Initially, the engine was presented in two versions. The Corona SDK version was free, but limited in functionality and without the ability to create offline builds. Paid – Corona Enterprise, Unlimited first version and add. instrumentation on board.

Linux and is completely free without any restrictions since it was announced.

The engine is mainly intended for working with 2D projects, but also supports importing 3D meshes. Scripting is done using Lua. Defold is completely free and does not have any restrictions on the level of project income.

Differences can be both insignificant and quite radical – the entry threshold, programming language, support, license type, 2D / 3D, graphics capabilities and other features can make you choose the right solution. If you already have a clear picture and an understanding of what to expect from the development of the project and what result should be obtained at the output, it will not be difficult to adjust your requests to the required engine. It is enough to familiarize yourself with the capabilities of those that have already proven themselves in the market, watch the showcase of projects and ask questions of interest in the community or on the forum. In this case, the decision is unlikely to be long in coming.

If you do not want to experience all these difficulties for yourself, but you have a different idea, then you can simply hire a game development agency – Whimsy Games, which will fully develop the game for your needs. 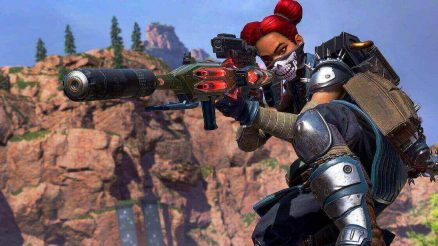